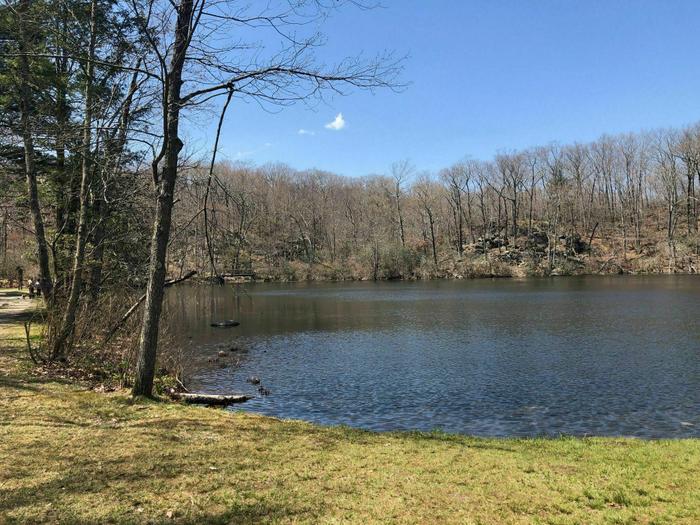 Collis P. Huntington State Park features a network of trails featuring open fields and dense woodlands. The trails also loop around several small ponds within the park. The park contains a ruins and several geological features along the trail system.

Huntington is a great park for mountain biking. It has a unique combination of trails that can accommodate all levels of users. From families out for a scenic spin to the thrill-seeking hard-climbing rider, there are trails in the park for everyone. The internal carriage roads (dual track) tie all the single track together but you can ride three quarters of the park on single track alone.

The park attracts not only hikers and cyclists but equestrians and cross-country skiers in the winter.

The entrance to the park can be found off of Sunset Hill Road, but there are several parking areas where the trails can be accessed off of Old Dodgingtown Road and Hopewell Road.

Hours: The park is open from 8 am to sunset.

Pets: Pets on a leash are permitted.

Collis P. Huntington State Park was primarily in agricultural use until the Luttgen family acquired the land in the late 1800's and developed the present service roads, trails, and artificial ponds. Reportedly, a small steam paddlewheeler was then kept on the largest pond and is now sunken somewhere under the park waters. A short, stone "lighthouse" still remains on one of the islands. The Starratt family then owned the estate until the 1930's when the land was acquired by Archer M. Huntington, who willed the land of the homestead he called Stanerigg for a state park.

It was there that his wife, Anna Hyatt Huntington, the internationally famous sculptress, worked with clay and scaffolding in her studio. Mr. Huntington centered his activities at Stanerigg as a noted poet, Spanish scholar, art patron, and founder of the Hispanic Society. The park is named after Archer Huntington's father, Collis Potter Huntington (1821-1900), the railroad tycoon. Collis Potter Huntington became one of the wealthiest men in the country in the late century by his promotion and completion of the first transcontinental railroad. He also established the largest shipyard and dry dock company in the United States in the late 1800's at Newport News, Virginia.

The estate will most be remembered for Anna Hyatt Huntington, whose sculptures of bears and wolves welcome visitors at the park entrance. Among the most famous of her sculptures are Joan of Arc in New York City; Cid Campeador in Seville, Spain; and the heroic statue of General Israel Putnam at the Putnam Memorial State Park entrance in Redding. Mrs. Huntington was a prolific and hard working artist all her life.

Since Mr. and Mrs. Huntington were careful to preserve the natural quality of their land, the 1017 acre park is now a wonderful place for tranquility. It spreads over fields and dense woodlands and includes five ponds. The park was opened to the public in 1973 after Mrs. Huntington's death.

From the East: Off I-84 westbound, take Exit 10. Go right off the exit and follow to Route 25 south. Take a right onto Route 302 west for approx 6 miles to Route 58 south. Take a left onto Route 58 and follow south for 1.4 miles. Take a left onto Sunset Hill Rd and travel south for 1.4 miles to Old Dodgingtown Rd for parking and car top launching. Continue 1 mile further for main parking at Sunset Hill.

Off Merritt Parkway Southbound: Take Exit 42. Take Route 136 north for 5.2 miles. At the intersection of Route 136 and Route 58, follow Route 58 for 10.4 miles. Then take a right onto Sunset Hill Road and follow directions as above.

This trail is part of the CT Department of Energy and Environmental Protection's 2021 Sky's the Limit Challenge! 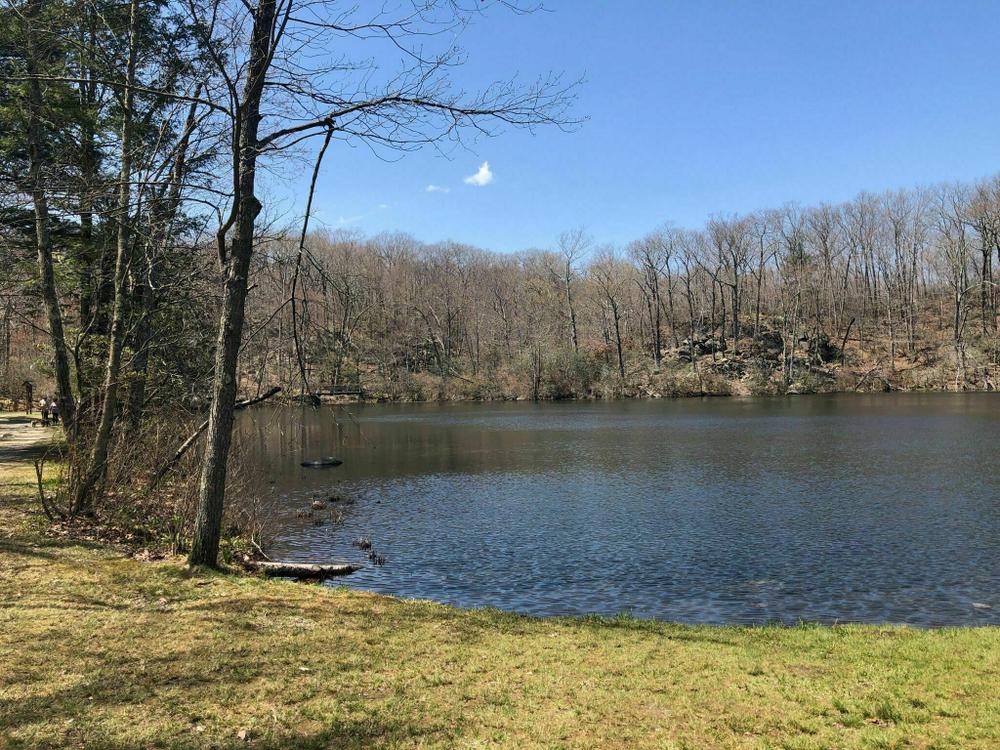