Over 1000 miles of trail available to explore, and more added each day! 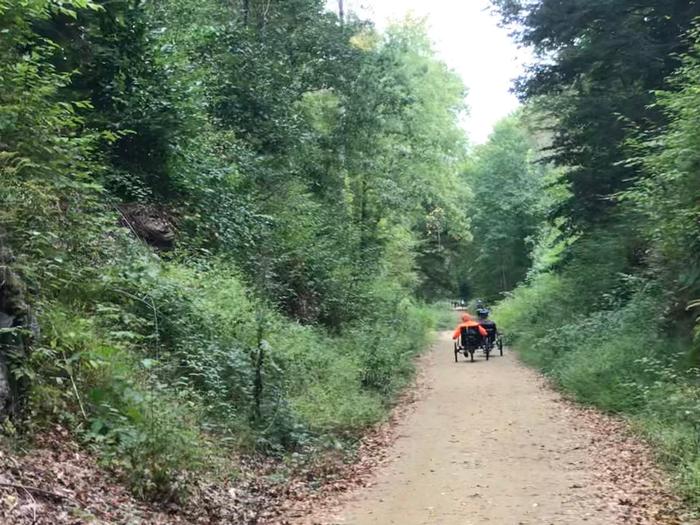 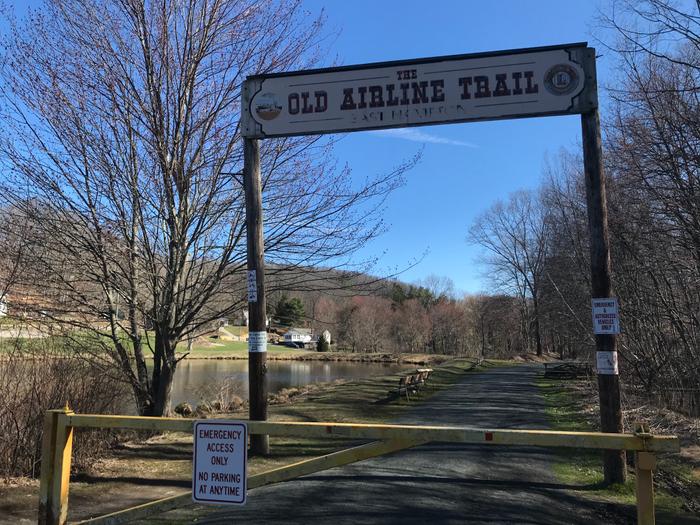 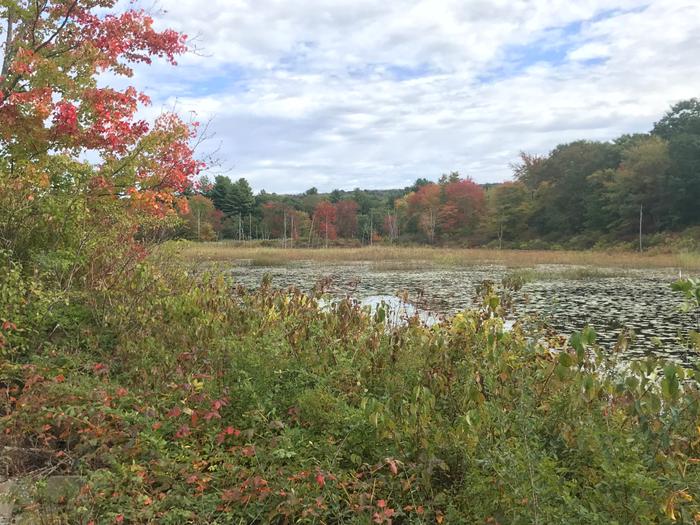 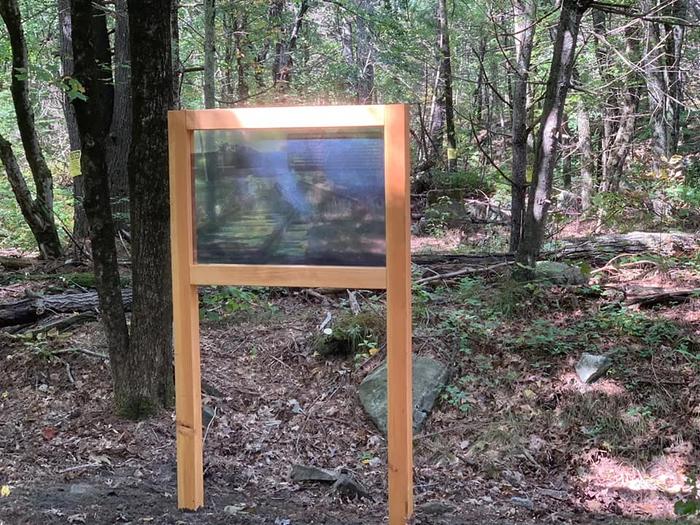 The Air Line State Park Trail exists in two sections:  South - from East Hampton to Windham, and North - from Windham to Pomfret with the Thompson addition out beyond.

The south section measures approximately 22 miles and, with East Hampton and Hebron leading the way, is the most utilized and improved.  An additional trail spur connects the main trail to the center of Colchester. This section is highlighted by the two tremendous viaducts, but nearly every increment offers locally favorite locations as the trail passes over streams with their requisite stone work, through state forests, past town parks, and along wildlife management areas.  From the footbridges trail users still enjoy sweeping views throughout the seasons. Today’s surface conditions vary from compacted earth and crushed rock to gravel and stone dust.

The northern section from Windham to Putnam measures 21 miles with an additional 6.6 miles existing in Thompson. Here the trail has been cut back to its original width, and gravel has been installed from the Massachusetts line south to Sand Dam road, and from the route 12, Mechanicsville parking lot, 1 mile north to the 395 overpass. The rest of the sections in Thompson have been rough graded and work is still in progress. Some sections still have the original rail ballast.

Gravel has been installed in Pomfret, from Pomfret Station located on Railroad street, south to Covell road.  Work is in progress from Covell road south to Brooklyn road.  The level section through Goodwin State Forest in Hampton provides a smooth and scenic run, and the southern end of the trail in Windham features a paved surface.

As surface improvements are being made, the various sections of the Air Line Trail State Park are combining to form one of the best greenways in all of Connecticut.

The Air Line State Park Trail has a range of accessibility. The Last Green Valley has completed mobility assessments on segments of trail that can be reviewed through their Explore! Guide HERE.

The park is open from 8 am to sunset.

Pets on a maximum seven foot leash are permitted.

The trail takes its name from the imaginary line drawn from New York to Boston, through the “air” so to speak, to illustrate the shortest possible route between these two major east coast cities. Building a completely new rail line however proved economically infeasible so, for practical reasons, the “Air Line” as it came to be called, used existing rails from New York to New Haven and began its journey to the northeast from there. On its way to Boston, the Air Line overcame tremendous obstacles in Connecticut’s eastern highlands including ridges, valleys and of course, politics.

Construction began in the late 1860s and by 1870 the first construction milestone, track from New Haven to Middletown, was celebrated. Three years later, in 1873, the line was completed as far as Windham. This was an especially challenging run because of the landscape which demanded a winding or serpentine rail bed. Despite being limited to the technology of the day, tremendous cuts through the hillsides were accomplished in combination with equally massive “fills” in the valleys to keep the rail bed at grade. Nowhere was this more apparent than at the expansive bridges, or viaducts, over Flat Brook and Dickenson Creek in East Hampton and Colchester respectively.  Only 1.2 miles from each other, these stream valleys were first crossed by lengthy bridges. The Rapallo viaduct needed 800 feet of length to cross Flat Brook, and the Lyman Viaduct, just to the east, needed 1,000 feet to span Dickenson Creek.

Further east, another entity laid the rails from Windham to the Connecticut border for the connection with Boston. Here a major obstacle was the crossing of the Quinebaug River in Putnam. But the construction was complete in August of 1872 and, within a year, the reality of the original plan had come to fruition.

Intermittent rail traffic for passengers built up until 1876 when the first dedicated passenger run was scheduled. But it could only be effective if it offered time savings from the pre-existing shoreline route.  Slowly, incrementally, time was trimmed from the Air Line travel schedule and by 1885, with an hour savings on the six hour coastal run from New York to Boston, the New England Limited was established. The success of the Limited led to the delivery of new luxury cars by the Pullman Company in 1891. These new cars, white in color and highlighted in gold trim, prompted the railroad to paint the balance of rail cars white and the legendary Ghost Train was born.

Successful businessmen and prominent citizens, including President Benjamin Harrison, rode this increasingly well known line that had gained its name as it sped across Eastern Connecticut with its seemingly luminescent cars being easily recognized - especially at twilight.

As time marched onward to a new century, technology increased, railroad engines became faster, cars became longer and everything became heavier. The quaintness of the Air Line’s winding grades, and the weight restrictions of the spindly trestle bridges built for an earlier era of travel, began to show their limitations. As a result of these limits, traffic began to taper off. Though local runs and intermittent passenger trains continued to run along the line, passenger service of the Ghost Train era concluded on May 17, 1902 when service defaulted to the shore line rails.

Once the faster passenger trains moved to the shore, it was the slower freight trains and local passenger traffic that kept the rail line alive for many years afterwards.  In 1912, to accommodate growing weight requirements, the two viaducts were strengthened by filling out their form with 20 months worth of dumped sand, ultimately covered with cinders to stabilize its surface.  This work of 100 years ago provided the massive appearance we still see today.

Disastrous flooding of August, 1955 washed out critical bridge work in Putnam precipitating a string of route cancellations and section closures that, in retrospect, systematically crippled the line from ever regaining its usable status. The construction of the interstate highway throughout the 1960s sealed the fate of any future hope of rail bound traffic.

Many parking areas serve this trail.

Some primary parking locations along the trail are: 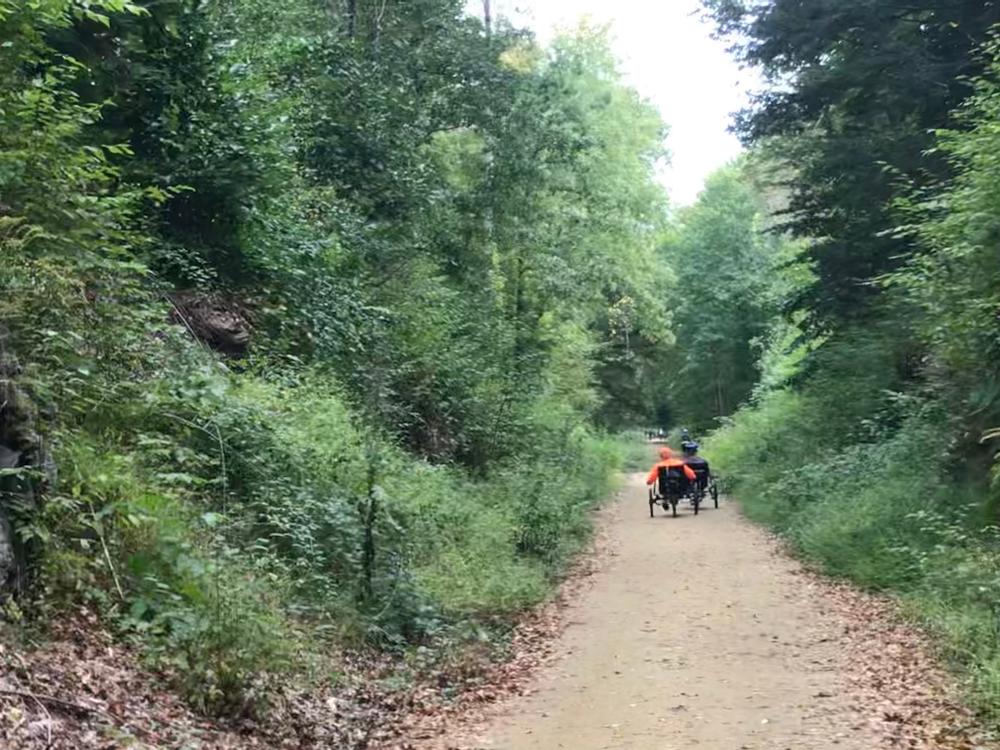 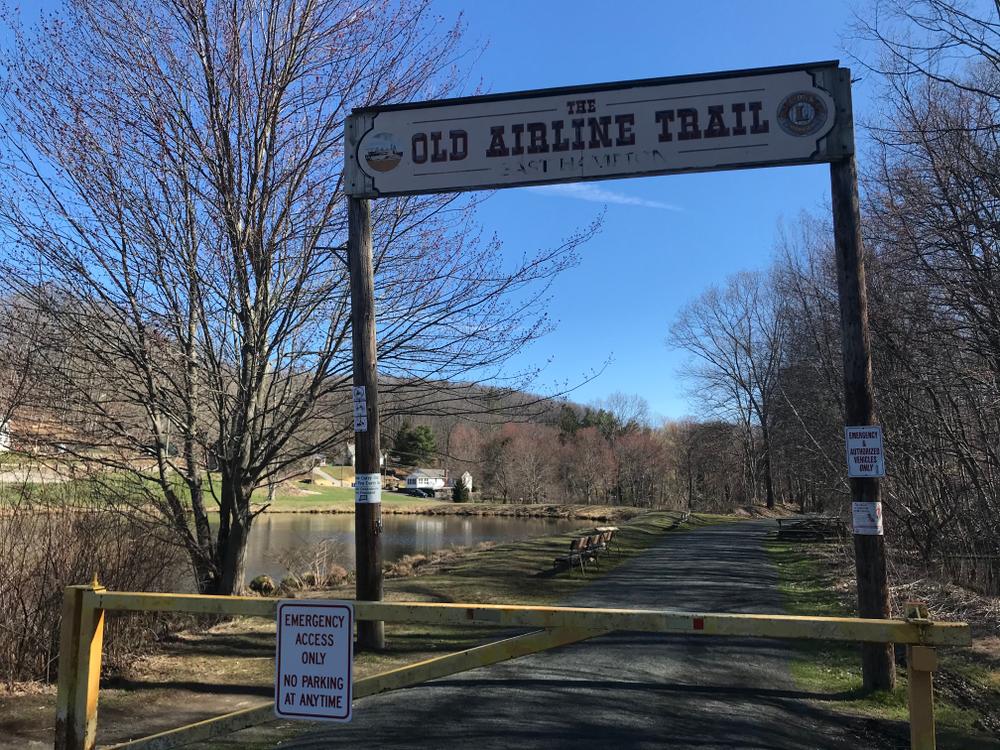 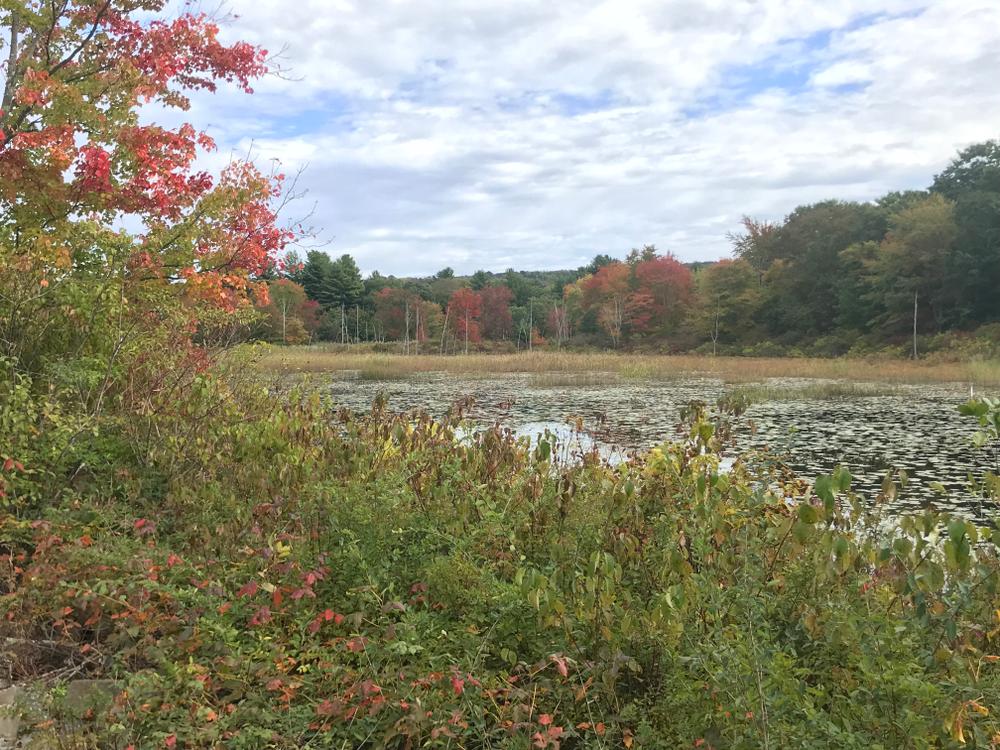 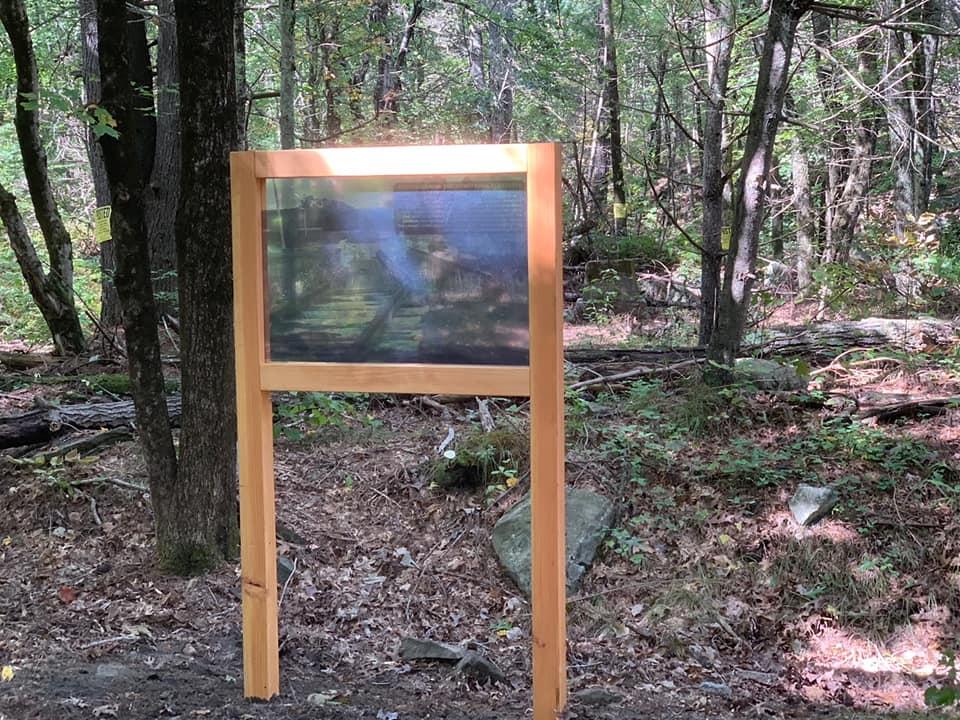